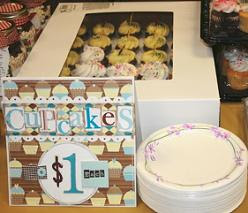 Yesterday, I had a meeting with Nick and Marla regarding the facility use policy of school facilities and associated fee schedule. The new policy (effective now) is that Parent Organizations (PTA, PTSA, PTO, Booster Clubs, etc) are charged up to $300 a year for use of facilities and even more if they have a fundraiser that invites people from outside of the district.

Now, it’s completely reasonable to make sure that extra labor (such as custodial and weekend energy fees to heat/cool the building) are paid for so that the district doesn’t bear the burden; however, it is unprecedented in the local area that PTA/PTO organizations are charged facilities and scheduling fees for serving the community with activities for kids like Ice Cream Socials, Book Fairs, Science Fairs and the like. It comes down to 3 arguments, “other districts do this”, “wear and tear” on the building and “the PTA groups think its ok”.

First, other districts do NOT do this. I called every school district around Edmonds (including Seattle) and NONE charge anything to a parent club – most offer the facilities free to any non-profit serving the school district. Marla claims that this is not the case and is sending me her data – I look forward to seeing this.

Second, “wear and tear” is a pretty weak argument. I heard a couple of anecdotal stories about a parent group that left marks all over the floor and the school had to clean it up – well, let the group responsible clean it up – don’t make one bad apple spoil everything.

Third, that “PTA groups think this is ok” – well, true, she talked with the “liaison of the PTA groups” and they had no problem and true, Nick instructed her to talk to other PTA groups but I suspect that all the voices will not be heard on this and quietly go along. I urge any PTO/PTA representative to make their opinion heard – send Marla an email (you can copy me at rick.jorgensen@gmail.com). Whether you agree with the District or not, make your position clear. I will be at the Board Meeting on September 9th and will forward any comments I receive from the respective parent group.

I should close with a statement that Nick, Marla and I do agree on a great number of items with the policy, were considerate in discussing the topic and responsive to my inquiries. I really do thank them for the manner in which they treated me and this issue. That being said, I still disagree with them and think that this is the wrong direction for the district.

So when a union chapter wants to use the building for a meeting do they have to pay rent. It sounds like they would. And how about departments that have classes and meetings at buildings do they have to pay. Guess I will have to be at the 9/9 meeting to hear it from the horses mouth. Sounds like the district is trying to pay for those huge raises the admin. received. Of course, they need to watch when an employee isn't being productive but gets to play games on the computer during their work time or taking a nap in the sick room twice a day. A lot of that going on at the ESC right under the noises of those that have the "power".

I will stand fast at Hilltop and make sure that all of their functions are handled from beginning to end. Petr take a break buddy, the cavalry are on their way. Wear and tear my ass. But thats okay, I will more than cover for the kids, to keep things moving. Let us make sure that Marla and Nicks salary do not move as fast as I do.

The new Facility Use Policy is absurd! The buildings are paid for by taxpayer's dollars and why would a parent group have to PAY for the priviledge of raising money for new Playground Equipment, including payment for the District Maintenance Department to install wood chips surrounding Equipment, Books for Libraries, sending kids to Outdoor School/Camp, who don't have a means to pay, Scholarships, etc. This just another example of how THEY, Nick & Marla, THINK! Do they care about KIDS, I think NOT!! "They" are trying their level best to scrape up enough money to balance the budget and once again, the Kids "take in the shorts"!!~! Am I Mad? You bet!!

That's a very good question about the use of the building by the Teachers Union Chapter (or any other union). It's not specifically covered but I would expect it to be under Group II (you should call and check for sure).

Just to let everyone know, this is NOT a topic on the board agenda. I recommend that interested parties read the actual policy, come to the 9/9 meeting and express any opinion they have in the "Public Comments Section". All you district employees that do not wish to be named, let a concerned parent know so they can be aware.

Also, I truly don't think that Nick and Marla are uncaring about the kids - they just have a different perspective on how to serve the community as a whole - taxpayers with kids and those without in the district. We need to respectfully express our concern and make sure that the board is responsive to our wishes as well.

I think HR wins the most employees with mental health issues due to stree!At least the attendance of their employees has to be the most for the ESC.

Well, I guess this new policy will not apply to Powerful Partners (AKA Tutors). They haven't paid rent in seven years.

Reading the policy which magically appears when you click the links provided on the blog shows that district employee unions are considered Group I organizations. Very clear. No ambiguity.

Why would a parent group-wanting to hold a meeting about fundraising for new playground quipment or computers or anything else that the district already DOESN'T provide-agree to paying a fee to meet at the school? PTA groups should be the first ones in line PROTESTING this policy.

You let $200K back up in unpaid school lunches and then you charge the parents to meet at school?

You have got to be kidding or on some good drugs because nobody in their right mind could come up with such a policy.

Just leave the keys to the ESC with the receptionist on your way out.

It’s been a very sad month for ESD. Not only did the District receive a “shrammie” for the school lunch program, but it also appears that, from my little parent perch, that district officials are neither listening nor caring about enough about the new community use policy. It seems that the only thing that motivates the board to react is the media – a very sad commentary on our leadership.

Marla told me in front of Nick that “other school districts chare PTA’s for facilities use” totally false – I took and hour and checked and gave her my findings. Her response? “Whoops! My mistake! I’m very sorry”. Ok – once, I get it, clerical error. Then she and Nick said that the fee has ALWAYS been there – just at $1 per hour – so I checked again. After calling all the elementary schools in ESD, I found that no one has EVER charged PTA’s for facilities use (except janitorial if after hours). Not 1 hour after I made my calls, did I get an email from Marla “Can you please not bother schools while we are starting schools? Schools are calling me about this” – Right. Let’s not bother ourselves with the FACTS. Oh, and don’t let the schools actually KNOW about the policy so we have to explain what we did.

Oh – and in the email she sent me to ask me to settle down? She attached the prior rate sheet “proving” that Group I gets charged $1 per hour and conveniently forgot to attach the policy that PARENT GROUPS ARE EXEMPT FROM FEES. Once a mistake – twice, well, I don’t want to say.

What gets me is the amount of effort that is going into this to “work with” the district to have them do the right thing. When facts contradict the objective, just ignore the problem until it is a crisis (it worked for the “cheese sandwich issue” didn’t it?).

Public Outrage seems to be the only thing the Board understands. Let the parents know what is going on. Local school staffs, inform your parents of the new official policy and ask your parents to express their opinion (You can’t get in trouble for informing people of the official policy can you?) PTA Groups, speak loudly. The people working for the District can’t do it for you because of the fear ESC has created. Most people don’t know that it even exists and the Board seems to want to keep it that way. Marla is going to present a “new proposal” to the board on 9/23 – I wonder what it will be? Until then, keep charging those fees!

I know some people in Executive district administration read this – do the right thing. Don’t let ESD continue to lead the way in charging groups to volunteer their time. It’s just plain wrong and it’s embarrassing to be part of this community.

If our building wants to charge our group for any of our events held, I say we stop sending our children out to raise the money for our school. Our PTO is very generous to our school, $500 to each classroom to help with fieldtrip costs, come on! You want us to pay to raise $$ for you??!! I think not!
CWE parent...