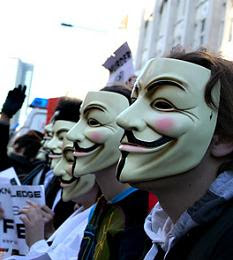 The blog recently received an anonymous comment from a district computer. While the comment was one continuous series of statements without regard to punctuation, capitalization or paragraphs, I have clustered the sentences for ease of comprehension and adequate response.

You know how sorry i am for you? Very sorry.

There really is no need to be sorry. Aside from the fact that I was subjected to a lot of disturbing material while researching your IP address.

The fact that you have no life and seem to feel the need to "reveal the disturbing secrets" of ESD 15 is sickening. I mean come on. who really needs to spend this much time hating their job, when it isn't even their job anymore?

These lines appear to have nothing in common with each other. The responsibility to expose corruption when it is discovered has nothing to do with whether a person dislikes their job. While it could be said that I viewed my job with the District as being responsible for the efficient use of public funds under my control or influence, I am certain you are not describing that aspect of the work I once performed. The job I once had at the District was one that I enjoyed and did very well. At no time did I ever "hate" my job. The fact that the position has been inadequately filled by someone else would not change the manner in which I viewed the position.

I think that you have deep, psycological problems and need to take better care of your self. Why get stuck on something so trivial as a this? It's time to move on. You don't need to do this anymore.

Careful, that sounds like a medical diagnosis. While District management may think they know a medical diagnosis when they hear one, I suspect, like the vast majority of management, you lack the qualifications to make such a determination. Since you sent this comment from a district computer, I am left wondering if you are communicating on behalf of the Edmonds School District.

I do not consider the exposure of corruption to be "trivial". The money wasted by Marla, Nick and the Board is money that cannot be spent for the benefit of students. The students that sit in your classroom.

If the corrupt are angered by being called corrupt, so be it. I make no apologies. Accountability is not always comforting for those inclined to enrich their friends and business associates. The record on this blog speaks for itself.

All of this effort, which is really quite impressive, and use it to make this good in your life. I know that it's hard to let things go, but trust in human nature. People aren't bad. You can change this.

I am amused that you are impressed.

and please stop commenting your own blog.

I am not sure what you mean by this statement. Are you expressing a preference for me to stop blogging or would you like me to join the ranks of hundreds that comment anonymously, like you just did?
Posted by ESD15.org at 8:34 PM

Boy this is a tough one. The posibilities here are unlimited. I hate to do this, but I'm going with male middle manager on this one. He will have to rely on one of his employees to turn off his computer before he heads home. And talk about pathetic. Geesh, this clown should have had his application tossed in a district approved recycle bin. That's the blue one my friend. I know you just order them.

Someone who writes "one continuous series of statements without regard to punctuation, capitalization or paragraphs" would NEVER pass the WASL. So much for raising the bar!

Hey Mark, why not post the original email?--It would be fun to try and read.

The entire comment can be found at the bottom of the entry for January 1, 2008 or in red text in this entry.

Did anyone see this back in November?

Maybe the blog should ask KOMO to track down the missing pianos from the scam.

I find this interesting, considering that I have been too busy researching the book to look at the blog for a couple of days. Everyone needs to go back and read the entry that Mark just posted which I sent in earlier today. Second post from the top at this point. While the academic paper cited was specific to teacher/student interactions, it rings a clear bell and has absolute parallels to our treatment in the Edmonds School District. Bullying is bullying is bullying; the age or the status of the bully and target are of no consequence; the results are the same.

Summary: Senior staff members at MMS were bullied by our principal from 2003-2006; despite numerous attempts at intervention at several levels, the bullies would not stop; their supervisor told us that we were wrong, citing the bullies as the source of their "perspective"; HR refused to hear our allegations; EEA officials refused to consider that the problem was anything more than a personality conflict between the principal and me, even though there had been a history of others telling them the same thing, and refusing to acknowledge that I carried the message from many in our building who were too afraid to speak up; in sheer frustration, after witnessing principal/office manager bullying of two students, I made my allegations known through an e-mail sent to all staff members, the upper management and union folks who had refused to believe me; upper management put me on administrative leave and left the bullies to run wild in the building which they did until; finally, management called me in to defend myself and I presented my 2" thick notebook of documentation of the bullying we had endured for three years. Their jaws litterally dropped; they could no long ignore our allegations.

The bullying continued even after I left for "personal and health" reasons (yeah, I was literally sick from the place), the principal "found a wonderful opportunity in the private sector" and went on a years' leave of absence, and the office manager went "somewhere else."

Yes, it is pathetic that we are still having these conversations. It is pathetic because no one has the gonads to tell the bullies to stop. When there is no one on the Board, the only higher authority, to tell the superintendent to clean up the mess before he leaves, the rest of those working there will continue to work in a "hostile work environment" wasting sick leave because they are too sick to go to work.

But to be perfectly blunt: if you don't have the courage to stand up for yourselves, our input will just continue to be portrayed by the likes of Nick et. al. as "disgruntled (former) employees" who can just be ignored.

Ironic that I am writing this on MLKing, Jr. Day. Which "content of character" do you want to go with? The bullies who oppress any opposition or those trying to make the world free from the oppression of bullies?

I don't care if nick knows who I'm. He's got bigger problems than me, right now. Don't layoff the wrong people.