Blog has become a permanent record of district misconduct. 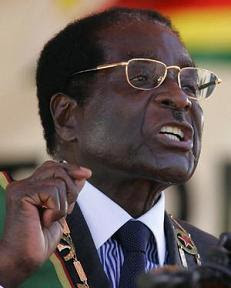 In reviewing blog traffic recently, it has become abundantly clear that our entries are being read by a wide range of people from a wide range of places. Many of our visitors have been reading articles from the summer of 2007 while the majority are reading several entries every day.

Thanks to StatCounter, I can tell how long each visitor is staying on the blog, what articles they are reading, in what order and where they go once they leave esd15.org. This is powerful information and can be used to specifically guide topics for discussion. I know what is interesting to our visitors and I know what generates the most traffic.

People are using Google to search for things like "Nick Brossoit", "Edmonds School District blog", "election results", "Randy Dorn", "pat shields school board edmonds", "School district superintendent, no trespass, retaliation", "why cheese sandwich in schools" and "Seattle Northwest Securities school bond". What is most interesting is that the information presented on the blog will be available for many years to come. It will forever illustrate what this current band of scoundrels has been up to and it will offer all of the evidence for their misdeeds for the foreseeable future.

To date, the blog has exposed election fraud by Bruce Williams, utter stupidity and election fraud by Gary Noble, theft of public resources by Pat Shields, refusal to photocopy checks or keep adequate records by management, favoritism in Human Resources, violations of public procurement requirements by Marla Miller, absolute incompetence by management regarding Cedar Valley, Site 6 and the new administration site, irrefutable evidence of simple-mindedness regarding the Capital Facilities Plan, blatant theft of public resources regarding the Capital Partnership Program and a wide assortment of other iniquitous conduct by district management. All the evidence any reader would need is right here in this blog. If anyone has a doubt, ask the District to explain themselves. They won't because they can't.

Additionally, the blog has been contacted by countless concerned parents and community members expressing a desire to stop this obvious and deplorable conduct. The general consensus at present is to challenge the District in court. The Board has been given every opportunity to correct their behavior and, to date, has demonstrated a shocking disregard for the public. I am inclined to believe that change will not happen without a court decision.

The next step in this process is to have the Gary Noble issue heard in court. Only through such a process can the many issues presented in this blog be presented in a courtroom - to be heard by a jury.

Clearly we have a problem. The blog, the State Auditor and the Attorney General all believe that Gary Noble was not eligible to run for a seat on the school board. It was recommended that board policies be changed to prevent this sort of stupidity from happening again. Those policies have been changed, but the illegitimate outcome of last year's election has not yet been corrected.

As the next phase moves forward, Gary Noble needs to decide if his unjustified seat on the Board is worth racking up additional legal expenses for the District.
Posted by ESD15.org at 9:09 AM

Hear! Hear! Accountability of the Board must be seen in an open and honest environment where you can't just ignore the issue, hope it will go away and refuse to comment. The board has the obligation and authority to take action. It's unfortunate that they are willing to spend the money that should go to our KIDS rather than rack up legal fees because they want to "protect their own".

By the way, HOW MUCH money is spent in legal fees by our district and what kind of cases are we spending the money on? Are they to serve our kids or to insulate themselves? Where can we get number on this spending? I don't know anywhere that we can see the current budget for the district.

Oh, do any legal begals out there know how we can find out what cases are currently in litigation with the district? There must be some kind of public record we can access. I freely admit my lack of knowledge in this area (but I'm a fast learner).

my question is why is the unions in bed with the district?

why are so many laws being broken here at this district or is it state wide?

how us as employees tax payers parents of kids in this district fight stand up to these people that think they are so much better than you and me?

just go one day and sit or walk around the esc/ glass palace and see all the wasted people / wasted tax money going right out of your kids mind.

this place is a crime!

people should through nick out on to the street like trash he is!

marla your day is next trash day!

how can we function like this and still help the kids?

Where would the money come from to pursue a court case against Gary Noble?

Another great quote by Tam Osborne:


Why is Tam using ESD (public) resources (email and who knows what else) for his gig as Everett Youth Symphony conductor?
http://www.eyso.info/contacts.aspx

The district has no limit as to how much they are willing to spend on managers like Chuck Penney. They protect corrupt people with pornograghy on their computers.
Not just legal fees, but they spent thousands of dollars on a forensics lab who ultimately could not conclude that the downloaded images were the result of anyone elses scheme. Fingers all pointed in Chuck Penneys direction, then the district goes back to their team of legal idiots to figure out a way to keep the manager on board. Do a public requisition to see the details of that crime. He should have been prosecuted for some of those images.

Dear tam fan,
To see Tam's comments, readers should go to http://www.mcdermottnewman.com, and then look at the links on the right hand side of the page. There's mention of a lawsuit against the Edmonds School District. Tam's comments are on page 6 of that pdf.
Signed, a non-tam fan

Do the same for all overtime paid out.

2 Continue to contact your Government representatives, local, state, and Federal. They have paid teams that will actually probe some of this stuff. Even if nothing is done it puts the people that used to have free reign on hold and they are aware of the fact thatat least they are being watched.

3 Go to board meetings and ask for detailed information on some of these concerns. This takes a detailed and focused question, something they disdain.

4 Support the blog through your use of it, hopefully commenting when you are in the know on an issue.

5 Let others know of the blog and the issues.

6 If you see anything illegal happening call the police. Then ask for a copy of the police report. Going to the district on matters that should be handled by the police does not make any sense at all. They will just cover it up and then make you their scapegoat. It is a perfect way to document such things.

Then report what has happened to the blog. This is another way to publicly document the situation.

The district buffoons hate it when the cat gets out of the bag before they can do their cover up.

7 Write and call the newspapers, parent groups, and other organizations. Forget the Rotary Club though. Do not contact the District on an issue if it has led to a dead end or bullying. Take it elsewhere, do not stay with in the district, they very much dislike it when information goes above them, they quickly become out of control. I repeat take it out of the district, make them work for a cover up. Obfuscation and cover up is a game they are good at if it stays within the district.

If you know someone of standing within the community take it to them, a doctor, a lawyer, a judge, mayor, etc. Take what you know out into the light of day.

8 Be proactive and do positive things that will be respected by the majority of good folks that surround you.

12 Report wrongdoing to someone above you you can trust, at the same time report it to the blog.

13 If you are being harassed don't go to HR, seek outside help, not as a last resort but as your first move. Then go to HR with some one you trust and someone who is informed. Both of you take detailed notes. Never go there by yourself. Again document everything with notes, emails and photographs.

Thank goodness Porn-King is finally gone, but he got away with murder! Folks have been flat out fired for much less. I am curious to know what "the District" pays Perkins Coie, Attorney's At Law, per year for legal services. I'll bet it is enough to build a new Elementary School!

Is the Board going to offer indemnity to Jeff Lewis? If he violated the law on behalf of the District then he should be in the clear, personally.

Transparency--you nailed it!
great post about how we can take back our district. Hear! Hear!

Transparency,
Excellent suggestions. I would also add that going to the unions is of little value as well. Going to an outside source of help (read: lawyer) would be the best idea. In fact, it might be interesting to find ONE lawyer and have EVERYONE who is being bullied or harassed report it to him/her.

That might provide grounds for a class action suit against the district. Consolidate all current cases, too. "It would make an interesting case." Might make a good media story, too.

Richards idea makes sense. One willing attorney to simmer the Edmonds School District. It is so unbelievable how they jump all over a little kid for bullying. And they should. They just don't have quite that same energy when policing themselves as administration. And that really sends a lousy message to youth.

Jeff Lewis is named as a defendant in a lawsuit (see the tam fan entry) and a district employee. I'm sure the board offered to indemnify him just like they did Marla and what's his face.