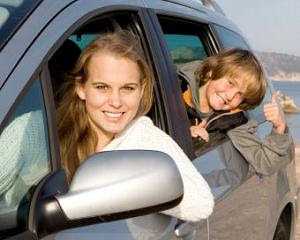 For those of you playing at home, please take notice of the cuts that are being made at the Edmonds School District. Management is on verge of cutting Transportation by 25%. This ultimately will mean that children will be walking if they live within an ever-increasing distance from their designated school. It wouldn't be such a bad thing, since a little fresh air would be a great thing for young minds on their way to school, except there is no one on staff equipped to evaluate the safety of walking routes. As darkness returns in the fall, the number of accidents will increase.

One response would be the obvious increase in parents dropping their children off at school. This will put more cars in school parking lots and ultimately result in more accidents and congestion. While there is no doubt that cuts must be made, why target children? It almost seems as though war has been declared on our offspring. Cutting teachers while keeping throngs of assistant superintendents seems like warfare. Cutting Transportation seems like an undeniable declaration of war.

It seems that while the District is slashing music programs and stripping away the reasons why parents keep their children in this district, they are making the choice a little easier for parents. Why take them to school in our district? As long as our children are already in our cars, why not explore more options and other school districts that are between our homes and our places of work?

As for the slashing of four employees from Grounds, while there are only 11 employees looking after so many sites, it's only a matter of time before our schools start to look a little shabby and vandals move in. Keep in mind that these employees don't just mow lawns, they perform a long list of tasks that range from landscaping and site work to rodent and moss control. As the point was made at the Board meeting last night, with a new high school coming on line in the fall, it won't take long before that site looks shabby as well.

Stay tuned for the news about drastic cuts to Custodial Services. They already refuse to tell you about all of the MRSA cases in our schools, just what will happen when a serious public health crisis occurs?

Blog: Ever wonder what it feels like when middle management doesn't advocate effectively for the work you perform? And are you still wondering why Marla is actively dumbing down these positions and hiring people that will never oppose her?
Posted by ESD15.org at 5:52 AM

I just received "Edmonds School Distict News" over the weekend. In the "Message from the Superintendent" on page 2, Nick attempts to explain the current economic crisis as follows:

"There was likely nothing you or anyone you know did to cause the problems of the economy. It is tied to irresponsible fiscal practices of large corporations and some individuals;..."

At first glance, this may seem comforting. But upon further reflection, why would he think everyone else, besides, himself or ESD feels guilty for contributing to the present economic mess.

Second, how ignorant of him to blame the mess on the "fiscal irresponsibilites of large corporations." What irresponsible fiscal act did Boeing do to cause this mess? How did Coca-Cola or Proctor Gamble contribute to this mess?

One of the positive effects of this crisis is the wealthy investment bankers and hedge fund managers who lost their jobs and a good portion of their wealth are now forced to send their children to public schools. This particular group of individuals was brought up with the best, lived with only the best and expect only the best. Their sense of entitlement is passed down to their children. They will not only expect public schools to perform, they will demand it. This is positive because I am guessing that after health care, education is going to get the big spotlight of the Obama administration.

A recent article in "The Atlantic" discuseed how education now costs the American taxpayers more than healthcare. And this is where I tie all the above into this post:

-Purchase property in excess fo fair value (the apprasised value)
- Institute a lunch purchase program without internal controls and has resulted in nothing more than a financial fiasco for the district.
-(Please continue the list.)


How did Nick Broisssit mismanage taxpayer funds by not matching revenue with expenses in the land purchases, new construction, and plans for the old development? That is finance 101.

Yet Nick, our wise superintendent, understands the current complicated financial situation so well that he can reduce it to two sentences while comforting his constituency. He's better than Obama. (Sarcasm alert)

Look at his budget:
-First take from students--parents are too busy to go to meetings or complain.
-Second, take from teachers--they need to watch their complaints or else _______________. (Fill in blank with whatever is appropriate).
-Third, cut from maintenance budget. So what if the properties begin to look mangy? Just show me one property owner who takes care of their property--upkeep is only for those property owners who care about the safety of their property and the property's future value.

Not only should we not trust Marla and Nick, please do not believe a word that comes out of any mouth representing SEIU 925! Don't let these Thugs shove this proposal down your throat. They would never consider reopening the CBA for you and I. But when the district wants to take more from you and I, they will consider reopening and bargaining your rights and benefits down the river. Remember, they thought that it was such a beautiful thing to coerce it's members into signing a lengthy contract in the first place! Please do a google search and find out how corrupt Andy Stern and SEIU really are. Remember all of the small unions that they strong armed and bought out? They bought them out alright, but with borrowed money. SEIU has not a pot to pee in. All of those locals that they snapped up were with borrowed money from Bank of America. And all you have to do is turn on your TV to find out how bad of shape Bank of America is in. You have a bankrupt SEIU that has borrowed 87 million dollars from a bankrupt bank that needs 34 billion dollars of bailout money to maybe reorganize and stay afloat. Their debt at SEIU does not stop there. They owe roughly another 15 million dollars to smaller banks to bring their grand toal to 102 million dollars of debt. I don't like paying dues to anyone or any group that operates like that. Nice business model huh? Ladies and gentlemen don't forget that of the 250 million dollars that SEIU collected from their members last year, 67 million was dropped directly into the Obama campaign. He is YOUR president due in part to SEIU taking your hard earned money and throwing it on the burn pile. This has nothing to do with democrat/republican, just a corrupt organization rolling in yours, mine and everyone elses union dues. Maybe the next time that the union requires your vote on an issue, you will take the time to look at the past and present organizers that make sure that if they are going to be targets, they will be moving ones at the very least. Pay attention to the lack of representation in SEIU, and never forget that when they executed thier hostile takover of local 120, the one thing they promised all of us members, was better representation with more organizers. It never happened, and it never will. They can't pay their bills. Trust me in that they are going to threaten their members with further layoffs if we do not accept this ESD 15bailout package. The district already uses that tactic, and we do not have to tolerate our union acting as representation for a poorly managed Edmonds School District. By the way Nick, your midpoint of 6% or thereabouts, at 200K would be in the neighborhood of 12 grand for a year. Even with Expressions math working against me I can ballpark it. Compare that to my midpoint of less than a half a percent at less than 20 percent of your wage. Does anyone see this as quantified or equitable? Don't forget to factor in all of the middle managers in the district, wasting taxpayers money, doing ABSOLUTEY NOTHING. COFFEE THAT IS IT! Don't let SEIU run your life. You and I pay their wages. There are ways to disolve our wonderful relationship with these corrupt individuals. It might not be the right time for some of you, and that is alright. Just please don't take their word as gospel. They do not care about you at all. This is not how I take care of people that I say I stand behind. Their treatment of it's members all across the globe is horrible. Again, do some research and find out when Andy Stern's next day in court is lined up. Thank You.