School Board candidate returns from Africa 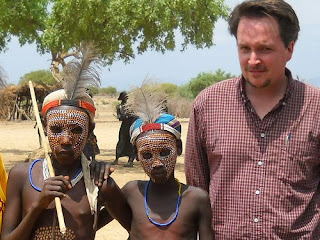 I am fairly confident that if the school board election were held today, in Ethiopia and Kenya, I would win by a wide margin.

For the many of you that have been writing in during my absence, I would like to thank you for filling my inbox. There are so many things to discuss and so many questions to be answered. An email that I received today served as a valuable reminder as to why it is so important to have a strong school board with inquisitive, analytical minds at work for the taxpayers of our district.

I am including this most recent email here and will respond more fruitfully once I have explored the issues raised. The email is as follows:

I don't know if you're still actively maintaining your watchdog blog (last update: June 30) but I wanted to know if you were aware of this:

Parents got a mailing recently from ESD Transportation Department urging them to make sure their (eligible) kid rode the school bus this week, October 12-16, as a student headcount will determine the amount of state funding for the department.

"Already, we use local levy dollars (about $4m last year) to backfill the gap in transportation funding because the state's formula does not cover actual costs. The levy dollars also directly fund classroom expenses, such as curriculum and salaries. So by ensuring all assigned bus riders are on the bus during the 'count' week, our District can recoup the maximum amount of transportation funding to which we are entitled - and preserve more dollars for the classroom."

Is it legal and proper to raid the local levy fund to keep bus service at full strength at the further expense of classroom ops? Parents already get incredible 'wish lists' from teachers, asking us to contribute the most basic classroom supplies... why are they so ready to strip the classroom experience to the bone and beyond to keep the bus fleet running?

If maximum ridership is so politically important, why did ESD rule this year that no kid within a radial mile of his/her school can ride the bus? Surely this policy is costing us state money.

Why is ESD in the transportation business anyway? I've wondered this for years. Fueling and operating 100+ buses is far, far outside ESD's core competency, and it's a major drain on capital. In the private sector you'd look at the Transportation Department as a natural candidate for sell / leaseback, outsourcing or spin off action. It strikes me as completely insane that ESD has such a fetish for buses (but so little apparent skill at running them) and now is actually raiding the classroom-funding bucket to keep the "bus business" whole. It's like an airline cancelling flights and laying off pilots to keep the kitchens making its in-flight meals running at full strength.

Would we not be better served by selling the ESD bus system's assets to a private contract operator (that knows something about fleet management, fuel hedging, personnel management, etc.), banking the proceeds, then tying the contractor's pay rate to performance metrics? One of the really frustrating things about the current arrangement is that there's no way to sanction bad performance. We have buses run late or not at all... kids standing in the rain and darkness for 20, 30, 45 minutes...substitute drivers get lost... and the Transportation Department just shrugs and says it wishes they could do better. If they were a contractor performing this way, they'd have to do more than shrug.

Thanks, and I'd sure like to know what you think about this. Please keep me anonymous if you use this on the blog.

Blog: The State does not reimburse transportation costs for students living within one mile of their school. There have been discussions outside of board meetings that involved students walking away from their schools to bus stops just outside of the one mile restriction. Such a student would be counted but the practice is clearly contrary to the intended policy.
Posted by ESD15.org at 6:40 AM

Good to see you back, Mark.

Two comments: 1) I'd like everybody to think about the policy of spending the least amount of money on anything to try to get "something for nothing." There was a commercial many years ago in which a tennis player says of his new racket, "I got it for a song," and then proceeds to rip a hole in the strings with his first serve. The voice-over announcer says, "You get what you pay for." For many years, fiscal conservatives have held sway over certain expenditures that the public has direct control over, such as schools, fire districts, library districts, etc. (How many times did Edmonds voters vote on the technology levy before it passed?) In economicly challenging times, people tend to vote down what they can in order to "save money." Fanatical conservatives even speak of shrinking government until they can "drown it in the bathtub."

But what do you get in the long run? A recent report noted that the average schoolhouse in the US is 42 years old. When the levy fails (that part of school finance that the people have control over) what is the first item to be cut from the budget? Maintenance of the buildings. What's the last item to go back into the budget in good times? No, it never gets back. Eventually, you end up having to pass a bond to repair and maintain the stock of buildings. Bonds include interest. Keeping maintenance in the budget in the first place may have been the cheaper avenue in the long run.

2) Selling off buses sounds good, however, there is a downside which is the basis of our current discussions about capitalism in general. Sell the buses, new owner brings in new non-union drivers at 2/3 the pay. The extra 1/3 doesn't end up going anywhere to improve service, it goes into the pockets of management or stockholder dividends. In the meantime, the drivers have no health insurance (maybe miss work more or show up sick spreading whatever they have to the students); are unable to maintain the previous standard of living; perhaps have to work a second job to make ends meet, making them perhaps less alert when they are driving our children; and have less incentive to be loyal to their employer increasing turnover (increasing training expenses) and perhaps, in desparation, causing management to hire people with marginally criminal backgrounds. Seattle dumped its buses years ago and King County Metro had to pick up the slack, using drivers who were paid 50% more than the previous drivers. The school district saved money but the community had to make up for it in other ways. There were no particular "savings" to be made, just shoving numbers around on a page. 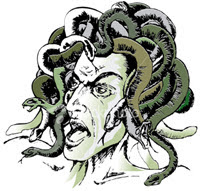