If you can't be the change then vote for a change. 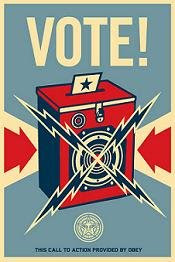 Like many of the blog's readers, I find it terribly distressing that other school districts in Snohomish County are taking action to freeze administration salaries while the Edmonds School District elected to hand out raises to their administrators in the middle of significant budget challenges.

The Herald recently covered this issue at Lake Stevens. Clearly, they have a school board that is more plugged into reality and not afraid to make tough choices. While it is true that a few administrators in Lake Stevens may have "young families" and they may be the "sole breadwinner", it is far better to have a salary frozen than layoff teachers and staff. After all, teachers and staff are the heart and soul of a school district.

Call me crazy, but I see similarities between the recent public outrage with AIG executive bonuses and the senseless 'slathering on' of additional pay for administrators while teachers and para educators see their careers ending prematurely. The taxpayer has been bailing out the Edmonds School District for years. They make poor choices and refuse to plan for obvious, turbulent times and then grab their money from taxpayers without any expectation of accountability from the public. This lack of concern for the direction our schools are heading must stop. Our community needs to take action now.

Of course, as others have said many times in this blog, parents are naturally distracted by their duties as parents. They apparently have adopted the outlook that nothing they do can lead to real change and have decided to put their energy into something that really matters - like their families. Who could fault them? There have been a few people that have tried to make a difference and have been driven out of the community or relegated to some dark hole without access to information or the means to get a message out.

Maybe someone among us will run for one of the two board positions coming up for election in November. We need real and meaningful change and the best thing that distracted parents can do is vote for change in the fall.
Posted by ESD15.org at 6:31 AM

Symbolically a good move on the part of Lake Stevens. But when comparing salaries, Lake Stevens is paying administrators about 9% more than Edmonds (at least based on a quick comparison using the Washington Public School Employees salaries website and comparing similar administrative categories by looking up names of admin's on district websites or on OSPI). So even with a freeze, they're still being paid more. In addition, I believe Edmonds admin's are taking a cut to their compesation package of around $2000 each, AND Edmonds is closing two elementary schools which will result in two principal positions being cut (about 6% of the principal population, which will probably be comparable to the percentage of teachers being cut when it all washes out). There are also a number of central office administrator cuts and reductions being planned - at least on the list released.

I too have wondered about who's making the decisions about what, and more importantly who will be affected. But, to demonize a group with an apples to oranges comparison doesn't seem very productive in these difficult times.

On the other hand, pointing out individuals for good and bad, as is done so well on this Blog makes perfect sense to me.

Whatever your opinion of the district administration; for the size of our district, we are not top heavy in the superintendent department. Three assistant sups to oversee some 30 schools is not a lot.

Why is it that the teachers and union of this district are never taken to task? In a budget climate where there are fewer and fewer dollars, I find it incredible that teachers are demanding to be paid for 20 minutes here and 10 minutes there. It has reached a point in some buildings where teachers refuse to participate in any meeting regarding a child they teach if that meeting is held outside of their contract hours.

When I signed up for this job I fully expected to watch my students in their evening concerts. I knew that occasionally I would be called upon to attend meetings to discuss students who are struggling. I also knew I was signing up for a job that would require me to grade papers, write report cards and plan an engaging day of learning.

There are many things about public education and the Edmonds School District that frustrate me. All levels of employees are culpable for the quality of education that we provide for our community.

good points by anonymous however, they miss the point that symbolism MATTERS. When we ask for sacrifices, it is important that everyone share - especially our leadership.

It would be trivial for the board to return their stipend unfortunately, some of them are on record as saying that they use the money they receive for their re-election campaigns. I guess it's all about getting re-elected....

"Three assistant sups to oversee some 30 schools is not a lot."

Personally, there's one of them I'd walk on hot coals for because he's consistently been a powerful force for quality education and effective schools; three who are good people who care about kids, families, teachers and staff; and two who wouldn't be missed.

P.S. The order in which I named them does not correlate to the way I assessed them - but 25 years in the district provides some insight.

I know which two.

Just because its "hard economic times" doesn't mean that you stop watching out for yourself. These are the kind of times when people with power and money do very well, thank you, while those of us with an ethic to help our fellow wo/man by sacrificing our short-term needs and goals for the sake of the greater society don't do so well in the long-term.

"Working to the contract" is a way teachers (or any worker, for that matter) have of staving off premature burnout. Many teachers would work themselves to the bone for their students if there were no contract. Teachers, as a group, are programmed to serve and frequently ignore their own personal needs in favor of their students'. And administrators will certainly not stand in their way.

Your contract day ends at 2:50 at the secondary level, but you are probably coerced into providing "Study Club" until the after school buses come at 3:15. (Oops, perhaps they are rerouting the buses this year so they won't be there until 3:20, so your administrator TELLS you that you WILL work the extra five minutes. If you don't complain and file a grievance, it will become "past practice" and you, and every teacher who comes behind you, will be stuck with working the extra time.) You give the District twenty-five minutes a day. Of course, you'd be there anyway because you have those papers to correct and lessons to plan, but you're not correcting the papers, are you? You're working with kids for an extra twenty-five minutes. Now you'll have to spend another twenty-five minutes there or at home to get the work done.

Well put Rick! I am willing to put in the extra time...but when I hear the district leadership talk about cutting in areas that least affect the kids, but the cuts start at the kids then work up???? I find it hard to be motivated to do those extra hours. Don't forget some of us also supervise students during lunches...another 30 minutes of contact time and then the district adds an additional 15 mins to the day to save transportation costs...thats 45 more minutes added to my day....no paper correcting being done then!